You should be aware that if you’re starting a new relationship with a Chinese manufacturer. If they have not dealt with you before, they will require Cash with Order on your first shipment.
If you have been referred to them by an influential contact, then they may settle for a large deposit.
I’ve never found a manufacturer in China that did not ask for cash up front when embarking on a relationship with a new customer.
What follows is a careful climb up the “trust ladder”.

Whilst once you’ve established a good relationship with a supplier, getting payment terms is a good way of doing business, there’s a huge problem for those companies in the UK looking to place their business for the first time. Cash with order effectively means you have to finance the manufacturing yourself, and don’t forget it could easily be 6-8 weeks before you receive your goods. This means you’ll have to raise finance to place an order, which is a fairly risky exercise if you’ve never placed business with that particular manufacturer before.

There are UK companies that specialize in financing Chinese trade, but, as you would expect, they are not cheap.
There are also huge issues relating to balance of risk and title to goods.
Put very simply you don’t want to pay for and own goods until you are satisfied with quality and availability.
There are many horror stories of products received in the UK that bear no resemblance to specification or approved samples.
This would be huge problem to your supply chain anyway, but this becomes a complete disaster if you have used up your capital paying for defective goods.

Seeking redress in China is very difficult indeed.
Is there a way around this problem?
There are options.
For example, you could partner with someone who already has a credit line with local Chinese manufacturers. This will involve sacrificing some margin, but could save you thousands of pounds.
Financial solutions that balance risk for both sides, such as letters of credit are also very useful.

In this case your supplier knows that as long as he fulfils the terms of the letter of credit he will get paid. However, should he fail to satisfy all the legal criteria, he will only get paid at your discretion.

9. Don’t get involved with Bureaucracy

It’s certainly not making any great claim to say that corruption exists in China.
There doesn’t appear to be any clear rules on tax and moving goods around the country can be difficult. Also, you’ll tend to find the rules vary somewhat from province to province, so from the outside China can be a very confusing place to do business.

When trading with any foreign country it’s always wise to work with the system, rather than try and battle against it - because you certainly won’t win!
When I started trading with China, the only effective way I found to deal with this issue was to have a trustworthy local presence in the country that knew how to solve problems and keep things moving. This can sometimes be rather a crude way of doing business, but it can often be the difference between success and failure.
Even the biggest companies struggle to get the various licences , and there are many, required to trade goods.

Therefore, you should always allow for some disruption from local Bureaucracy, and ensure you have some local capability in place to deal with it.

10. The 3 Golden Rules you should NEVER break

1. Respect the local culture You often find that things you take completely for granted in the UK, are not the same in China. For example if you have a business meeting over dinner, it’s can, depending upon the region, be considered rude to discuss terms etc. over dinner. It’s considered much more polite to discuss your family, and areas outside business. It’s also considered bad luck if you meet on the way out when leaving a restaurant, so it’s polite to allow your guest 10 minutes to leave.

2. Maximise your touch time If a project hit’s a snag it’s not unusual for the normal communication lines of business such as email and telephone, to go very quiet indeed. This problem can be exacerbated by the 7 hour time difference between the UK and China (almost the whole working day!) You should seriously consider, when sourcing a new project in China, working with a project manager that’s experienced in solving problems with manufacturers, and has easy access to them. The alternative tends to be a lot of flights to China, unsuccessful meetings, delays and inflated costs. i.e. Failure!

3. Only ever place business on a referral basis! I cannot stress this rule enough! There is such scope for variation in China that you must place business with manufacturers that have been recommended to you, preferably by one of their existing customers from the UK with a similar product. I can still remember the day I found out that despite following all the steps discussed above, a simple error had left to the wrong steel being used in an injection moulding mould we had procured from Guang Zhou.

We were now at the mercy of the supplier to correct the problem. The only guidance to the outcome was that the Mould Maker came highly recommended by a trusted contact. In the end the Mould Maker remade the tool at his own cost, working around the clock.

Our project was delayed by the mistake, but the situation was recovered.
I still get goose bumps imagining what might have happened had we not used a Mould Maker with a proven track record. .

And the biggest Pitfall of all…..FINANCE!

One of the biggest risks you’ll find when sourcing parts and components from China, is that you’ll find that you’ll have to finance the cost of producing your product - upfront!
Often bespoke tools and moulds have to be produced, from which your product will be made, which you’ll have to finance before even just one of your products has been produced.
So if you get any of the 10 other pitfalls wrong, you’ll probably lose your money! -undoubtedly one of the biggest risks you need to overcome when sourcing from china.
Before you give up - I may be able to help.
If your project is viable, I may be able to give you the necessary finance to kick start your project in China.

Just send me the details of the product you’re trying to source from a manufacturer, and I’ll try to help, if I can. Just contact me via my website www.sameworldtrading.com
Posted by Same World at 20:28 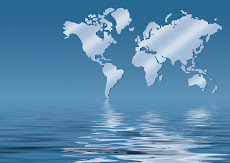